How to Perform Salah When Travelling

If you are traveling, the following question may arise: How to pray Salah while traveling? It is important to know for Muslims how to pray while travelling because praying is one of the obligatory worship for every Muslim around the world. However, the journey that you take can be long and tiring. Therefore, Almighty Allah has offered us convenience to pray Salah during the travelling.

You can perform Salah while traveling  by shortening the rakats from 4 to 2 of Dhuhr, Asr and Ishaa prayers, and you can also combine the dhuhr with Asr, and Maghreb with Isha. If you can not find a proper place to perform the prayer, you can pray in a sitting position, and make Tayamum instead of Wudu with Water, if there is no access to water or place to make Wudu.

When a person leaves his place of residence for any reason and travels somewhere, it is called Safar in Arabic. The person who sets off in his way is called a traveller (musafir). However, there are certain conditions in order to be considered a passenger in the religion of Islam. Knowing these conditions before traveling is very important to know how to pray Salah while traveling.

In Islam, there is a certain distance to be counted as a traveler (musafir). Accordingly, you can combine some prayers together while traveling, or you can perform prayers on the plane or bus.

What Is The Distance for Travel Prayer?

There is no precise definition of the distance that constitutes ‘travel’ in the Qur’an and the Sunnah. For this reason, scholars have reached an answer by examining the practice of the Prophet and Ahl as-Sunnah on this matter..

In later periods, scholars of Islam converted the three-day period to hours. Considering the short days of the year, they set a total of 18 hours for three days, with an average of 6 hours per day for normal walks. Later, the calculation has changed from hours to kilometers, and it has calculated that a person could walk a distance of about 80 km (48 miles) in 18 hours on foot or by camel. Therefore, the minimum distance for traveler’s prayer is 42 miles ( 80 km).

In this case, if you are thinking of going on a journey and wondering how to pray Salah during the traveling and whether you are counted as a passenger, the journey should be at least 42 miles (80 km).

How Many Rakats to Pray When Travelling?

If your journey provides the necessary distance to be considered as a traveler in Islam, it is important to know how many rakats you need pray while traveling and how to shorten prayers while travelling. Muslims especially wonder what is the ruling on shortening the Salah when travelling. They are asking that if they are gone for an extended period of time, how long can they offer the shortened prayer for?

It is certainly acceptable that the salah, specifically the fard rakats of Dhuhr, Asr, and Isha are reduced from four rakats to two rakats. Therefore, it is permissible to perform these daily prayers as two rakats while traveling. The shortening of the prayer is mentioned directly in the Qur’an as well as a sunnah confirmed by the Prophet Muhammad (ﷺ). It is stated as follows in Surah an-Nisa:

‘‘When you travel throughout the land, there is no blame on you if you shorten the Prayer, (especially) if you fear that the unbelievers might cause you harm. Surely the unbelievers are your open enemies.” (Surah  An-Nisa, Ayat 101)

When you read this verse, you might think that it is permissible to shorten the prayer only while traveling and when there is a threat or danger to your life. But what if you travel and there is no danger?

It was narrated that Ya’la bin Umayyah (RA) said: “I said to ‘Umar bin Al-Khattab: ‘There is no sin on you if you shorten salah and if you fear that the disbelievers may put you in trial (attack you). But now the people are safe.’ ‘Umar said: ‘I wondered the same thing, so I asked the Messenger of Allah (peace be upon him) about that and he said: This is a favor from Allah  to you, so accept His favor.”  (Sahih (Darussalam) Sunan an-Nasa’i)

Therefore, Islamic scholars state that it is permissible to shorten the prayer when there is  fear and danger. Thus, Almighty Allah provides convenience to His servants during the traveling. Shortening the prayer on safe journeys is considered as a Sadaka. Almighty Allah’s Sadaka should not be rejected.

The number of Rakats while traveling

Can You Pray Before Time While Traveling?

All schools of Islam agree that any given prayer cannot be performed before its stipulated time. For this reason, it is not possible to perform the prayer if the time for the daily prayer has not yet come before you go on a journey.

However If you are going on a journey that takes 42 miles (80 km) or more, you can combine certain prayers during the traveling. In this case, the prayer is performed by combining one of the daily prayers with another, Dhuhr with Asr, and Maghreb with Isha.

Can You Pray Asr Before Its Time?

Allah says in Surah an-Nisa: “Verily, As-Salaah (the prayer) is enjoined on the believers at fixed hours” (Surah  An-Nisa, Ayat 103) As it is stated in the Ayat, each Salah should be performed at its own time, which means, prayer offered before its time is not valid.

Even if you go on a journey that takes at least 42 miles (80 km), it is not permissible to perform the daily prayer before its own time comes. However, Allah has made it possible for those who are regarded as passengers to combine their certain daily prayers while traveling.

Can You Combine Prayers When Travelling?

Each prayer is obligatory to be performed in its own time. Therefore, every prayer should be performed on time under normal conditions. However, if there is a valid excuse, the prayers can be performed by combining them. One of these situations is combining certain prayers while traveling.

According to the view of Hanafi, only a person who is on Hajj can combine two prayers. According to other Islamic schools, two different daily prayers can be combined during the journey. That means, it is permissible to combine Dhuhr and Asr prayers, and Maghrib and Isha for the one who is traveling. However, it should be remembered that only Dhuhr can be combined with Asr and Maghrib with Isha. 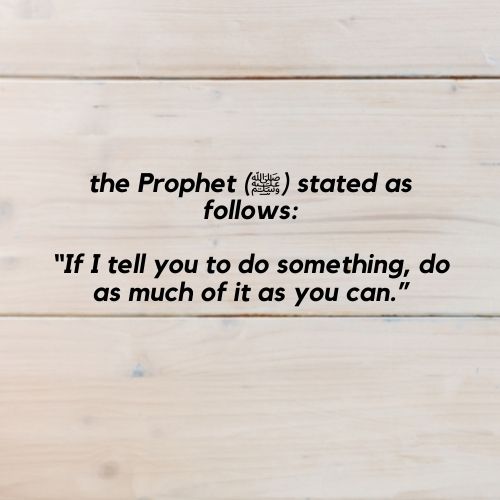 Can I Pray Maghrib and Isha Together When Travelling?

The other question about how to perform prayers during a journey is that if we can pray Dhuhr and Asr together while traveling. If you are traveling or have an important excuse, you can combine the Dhuhr and Asr prayers. The person who will perform the prayers by combining them performs these prayers one after the other and in order. He does not perform the Sunnah Prayers between two Fards and does not engage in anything else.

As a conclusion, it can be performed by combining Dhuhr and Asr during the journey. In this case, the 3 rakats Fard of Maghrib and 2 rakats Isha prayers can be combined in time of Maghrib or Isha.

InshAllah this clears up any confusion you may have had. Please leave a comment below if this helped or if you believe we have made a mistake anywhere.